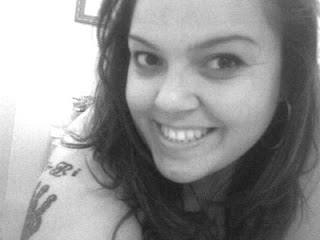 Becky Russell, has come a long way from the little girl that was drawing ball and fantasy princess gowns. She is now a custom designer and force to be reckoned with. More than likely someone in your cd changer has rocked one of her designs. She has worked with artists from Anthony Hamilton to Young Buck, All-Star to Nokio, and athletes from Dante Culpepper to Roman Oben. This dedicated and extremely talented young woman will surely be on a runway during fashion week in a city near you soon.  B. The Great Exclusive Designs is the hottest and most interesting apparel since Miskeen launched thier hand-painted origianls. It has already won one SEA (Southern Entertainment Award). Stay tuned and lock in early; in the word of Diddy, "Let's Go People!"

Hip-Hop and fashion seem go hand-in-hand; many artists have parlayed their music success into prominent clothing lines. Would you like to launch your own line, or work as head designer of an established brand? However, you could be like Marc Jacobs (Louis Vuitton) and Tom Ford (formerly of Gucci/YSL Yves Saint Laurent), and have your own line while being the creative director over another company.

I am currently working on an EXCLUSIVE line of graphic T's. There will only be 10-15 of each design. I don't want to overpopulate my line, the easier it is to get, the less of a demand there is for it. I actually just applied for a position at an up and coming clothing company. I would love the opportunity to work under a company to gain experience. I think I have alot to bring to the table, and at the same time, I will come up with new and more innovative ideas for my own line.

To be completely honest- I think fashion is fashion. Other countries are influenced by our style as well as we as Americans are also influenced by them. Its all about the trendsetter that took the risk and brought it to our attention. When you say American Fashion... It has to exist... because I create it!

Im gonna be real, I only pay attention to my fashion. Being that Im American Im assuming that American Fashion is all I know. If you google European Fashion, its no different form ours. So who influenced who? I don't know.

Okay Becky, many people have seen your apparel on stars throughout the country. How did you get started in the clothing industry?

I have been employed at the YMCA Fun Co. for 10 yrs. Well 5 yrs ago, I decided to organize a fundraiser with my 16 kids. I wrote, produced, directed, and choreographed a play about a girl that wanted to dance. One scene required 12 shirts and hats. I called the local airbrush shop and their prices were way too high- So I bought the equipment myself- and did it on my own. And it just took off from there. I studied the art of airbrushing, but I never intended to be like the average "airburshers" because that look was played out to me, so I kept experimenting with different techniques. It only took one person to walk out in my designs, it blew up from there!

When did you first take an interest in fashion design?

When I was in the 3rd grade- I would sit in class and design ball gowns, and fairy tale type dresses. Then when I was 11 my mom bought me an airbrush gun and compressor for my birthday, I played around with it- but ended up giving it away because I didnt know what I was doing!

Who were some of the designers that inspired you in the beginning, and now how do you stay on the cutting edge?

I was greatly influenced by a designer named "Phetus" he was the designer for Ludacris and the infamous Black Wallstreet Hoodies seen on The Game. He inspired me to think outside of the box.  He turned out to be a real ass hole- so Im not inspired by his egotistical demeanor. Another designer is my friend Grass from futurekicks.com He gave me a shot early on and believed in my craft. He is a BEAST with shoe design.

Hip-Hop fashion is now blending the lines between Punk, Emo, and Skater fashion. How has this affected your designs recently?

I have many different customers as well as styles. I feel like a "custom" designer should be able to adapt to the customers personality. I have GANGSTA ass customers, as well as Neo Soul customers. So I can't really say the ever-changing trends have affected my designs. When I create a concept for a shirt, I decide which trend would make it POP!  Right now in my personal designs, Im leaning towards bright colors and the whole 80's look. Its HOTT!!

The new trend for people now is this skinny look. What is your take on this as a designer? Is the skinny look able to worn by all people men and women, as well as the slender and the rotund?

Not too sure what the "SKINNY LOOK" is [laughs] but Im assuming you mean people wearing the clothes that actually fits them. I'M ALL FOR IT. There is nothing I hate more than a 2x man ordering a 4x tall T. Or a man wearing 36x32 bringing me a 40x42. THATS NOT HOT! I think its sexy when a man has on appropriatly fitting clothing. With that being said- I'm not sure if the rotund man can pull off the skinny leg jeans like a thinner man can,  but hey- its all about your swag and confidence. If you like it,  I love it!

Couture is popular in mainstream fashion. Are you strictly a Hip-Hop designer or would you branch out to formal, evening, business, or even couture attire?

I dont categorize my style as Hip Hop. Its one word and thats versatile.  I've done a prom dress, I've designed blazers, I've designed childrens clothing, I've design heels for women, and I designed hood stuff too. I am not limited to one style. I am currently working on a line for strickly women that will be HOT stay tuned!

Being from a small city that is not synonymous with fashion, how difficult has it been to get noticed?

Well since its a small city, I'm easily noticed HERE, but when I meet a high end client and say I'm from Nashville, their facial expression is pricelss. But I truely believe that my city has nothing to do with my failures or successes. Its about my product and if I'm not being noticed- I need to go back to the drawing board.

I have heard that as a beginning clothier it is important to get your product to trade shows. How often do you attend trade shows?

I have NEVER been to a trade show. I hope I will be able to attend in the near future. But being a single mother with NO HELP with my clothes or at home. I have to prioritize, and it just hasn't happend for me yet. I would love to attend one, I think it has alot to do with why I'm still working in my kitchen and not a multi millionaire right now [laughs].

Fashion seems to be very oxymoronic, in that it is both progressive and digressive at the same time. What are your thoughts on the current new millennium late 80’s early 90’s trend?

Trends recycle. And when they resurface, they are hotter than they were then! I think if a gangsta ass rapper from New Orleans can bring back skinny red jeans; anything has the potential to make it back around!

I’ve been told that all of your pieces are custom, hand made works of art. Is this true, and how do you handle such a task with the orders you receive?

YES!! I create everything by hand- but the end result looks factory made. I take my time and create each piece. Whether its a $50 shirt or a $150 shirt. They get the same attention. I don't do this for the money, I do it for the love of the craft. And it shows in my product. Honestly when I am overwhelmed with orders, I lose sleep, sometimes forget to eat, and get headaches, but Im a grinder. I dont stop until the job is done and up to my standards.

Have you received any awards for hard work?

I recieved the SEA Clothing Line of the Year for 2008

Who are some of your clients?

SOME? If I say one I'll have to say them all, so I will just say My top SPENDERS locally and my TOP nationwide.

You have some of the hottest designs, like hand placing 2000 Swarvoski crystals onto one fit. How would customers contact you, and what is your pricing structure?

Yeah, that hoodie was CRAZY. I ended up in the emergency room a few days after from serious back pain due to sitting in one place for 7+ hours placing the stones on there very carefully. They can contact me via MYSPACE.COM/FUTUREAIRBRUSH or beckythegreat112@aol.com. Prices are based on the desired design, BUT dont expect to pay less than $50 for anything!

Posted by Hip-Hop Examiner at 6:15 AM