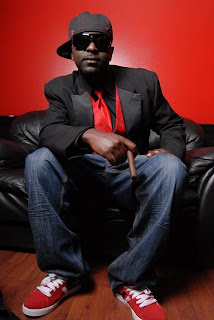 Dj Teknikz, you are one of the deejays putting on for the south in a major way. How did you get started in the industry and how long have you been on the scene?

Industry wise i got started by simply following my dream. I had been dj'n for a couple years before that, but in 2004 I decided to get serious and make it a career. I jumped out there and started doing my thing and slowly but surely God blessed me enough to grow in it.

Many deejays work closely with either one label or an artist. Are you currently affiliated with any labels or artists?

I work closely with alot of artists and labels, but I don't attach myself exclusively to one label. I tried that before and realized it wasnt what I was looking for. In my opinion you're limiting yourself if you line up with just one label. I feel as a dj I'm here to serve all labels and artists collectively.

The Dj is a quintessential part of all music be it Rock, R&B, Hip-Hop, Metal, or whatever. You guys break records/artists, mix, scratch, beat match, and entertain. You are also one of the driving forces of music and the industry. What would you say is a deejay's job or purpose?

I think that all depends on what role you play as a Dj. With that said, speaking for myself as a dj who is mostly known for mixtapes my duty is to break artists & hot music first! My job is to provide a platform for (most importantly) new upcoming acts to stand on so they can be heard, discovered etc. etc.

You have put out some big mixtapes such as; the "Georgia Muscle," "Rookie of the Year," and most notably both the "If You Buyin We Sellin," and "Executive RnB" series. How important is it as a Dj to brand yourself and your work?

Branding is essential in anything you do. The life of a brand is way longer and stronger than just let's say a popular name. Branding yourself assures longevity and stability in whatever it is you do. For example look at the Coca Cola brand, they are not the only soda company but everytime you think soda first thing that comes to mind is what?

Mixtapes are a way for both artists and consumers to "test the waters," how significant are mixtapes to the industry?

When it comes to hip hop mixtapes are the foundation nuff said! No questions , no comma, no nothing... next question? (laughs)

When can we, the fans and purveyors of music, expect to get a another Teknikz mixtape?

S**t tommorow! I stay working and I stay putting out produc... that's my formula.

Deejays are now looked at as stars in their on right. How important is for a Dj to be revered and/or remembered?

Funny thing about this question is if you go back in history the dj was the star and the rapper was the back up! (laughs) Funny how history repeats itself huh?

You as well as many other artists and deejays are taking over the internet and social networks. How important is it to have a presence on the web, and how has it helped your career?

The internet is very very powerful! It is the new marketing and promotion tool FOR FREE! Half of the sites and blogs I'm on I don't even know who runs them, but I damn sure appreciate them for having me up there! The internet let's you reach audiences that you would never touch before. It has its cons too, but used in the right way it can catapult and even create careers.

In the game now, there are lots of the "playlist" deejays that do not understand the craft. What advice would you give them, and how can they get the skills necessary to advance their careers and earn respect?

The Core Dj Retreat just ended in Atlanta at the W Hotel, this is regarded at as a great networking and learning opportunity. Were you in attendance and how important are these type of events?

Yes I was in attendance. They are great places to meet people and rub shoulders with your peers, and build relationships you know? Shouts to the core dj's!

There has been a lot of talk this "Death" of Hip-Hop. Did Hip-Hop ever die and if so would the present be considered as the Renaissance?

If hiphop was dead we wouldn't be having this conversaton. Look at the people who are saying its dead? It's probably time for them to do something else or worry about something else. The youth keep hip hop alive. Hip hop stays evolving and that's what's going on right now. If you can't keep up well maybe its time to tune in to your local jazz station.

Southern artists have long been underrated or even ignored, even though the south has some of the hottest and most consistent artists. For instance; OutKast, Goodie Mob, UGK, 8ball & MJG, the legendary Scarface, and many more. What are your thoughts on the southern Hip-Hop scene now versus the past?

I think southern hip hop has not yet reached its full potential. Take just Atlanta for instance so many new stars come out every year! Southern hip hop is one of the purest forms of hip hop left today. Everyone does them from dance, to dope boys, to gangstas, to lyricists, you can find them in the south.

You are a well read individual, what is your educational background, and how has it affected your career?

I stopped at college. Somewhere in my sophomore year. (laughs) Education is important in whatever you do. As far as my career is concerned I'd say it has helped me in the communication realm, but for the most part my drive comes from my ambition and chasing the dream.

Being as you have an affinity for reading, what are some must reads in your opinion?

For me its Daymond John - "Display of Power." The story of how he built his empire is mind blowing and I can definately relate!

Posted by Hip-Hop Examiner at 9:42 PM