The Aftermath and New Found Independence 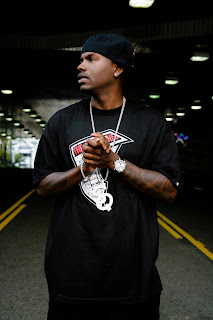 Recently I was able to get in contact with one of my favorite artists, and take time to sit down with him and learn more about the man and his career. For those of you that don't know Stat Quo, he is an incredible artist once signed to Shady/Aftermath, and has now found independence. Stat Quo has a stunning collection of mixtapes that define him as an artist. He suggests that anyone seeking to find out more about him and his style just Google him and download his mixtapes. He says and I concur, you will be pleasantly surprised by the sound. This former student of the University of Florida had contemplated law school before turning into a Hip-Hop artist. Stat has collaborated with Young Buck, Kanye West, Jermaine Dupri, The Game and Chamillionaire just to name a few. I would recommend Stat Quo to anyone looking for a change of pace in the Hip-Hop arena. Just check out the interview below to learn more about this talented young man.


Hip Hop Examiner: Despite having a considerable fan base, some people still don't know Stat Quo. How would you describe yourself and your sound to those who aren’t familiar with you?


Stat Quo: It [my sound] is more of a surprise once they hear my background and style, and know about the people I was involved with. I think they be surprised by my sound and versatility I am able to adapt to any track and any style as far as East Coast, West Coast, or down South.

HHE: On what mixtape or song do you think best embodies you as an artist? What would someone need to listen to become a fan?

HHE: What's going on In Stat Quo's world right now? What projects are you currently working on?

SQ: "The Invisible Man" will be available in April, then "Smoke & Mirrors.""The South Got Something to Say," "The Bailout," and "Quo City" are already available for download. That could give people a great idea of the sound.


HHE: To what label are you currently signed?


SQ: Currently, I am not signed. I am independent.

HHE: What is going on with Grown Man Music?


SQ: Grown Man Music fizzled out. Me and the people I was involved with decided to go in different directions. We were going in different ways in business. There are no hard feelings.


HHE: I was listening to a song on the mixtape "Statically Speaking" and a bar stuck with me. You said, "I wish the rap game wasn't filled with fools, so they could make better music for these people to choose." With that said, what do you think about the Current state of Hip-Hop?

HHE: How often are you in the studio?


SQ: Everyday, I have a studio in my house.

HHE: At this point would you say that you have same excitement as when you entered the game with Shady/Aftermath?


SQ: Once you learn the business side it is a little more frustrating. But I am definitely excited about giving people good music!


HHE: You were on the song "Walk With Me" on "Straight Outta Cashville," is there any chance of hearing Stat Quo and Young Buck or Stat Quo, Young Buck, and The Game on a song?


SQ: I hope so; I'll do a song with Young Buck again.Buck is like family. I think Buck is an incredible artist. I think Game in an incredible artist. I was never involved in any of the altercations that happened. I admire 50 as a business and a father for the time he puts in with his son. I think they are all great men. It's a shame what happened, I wish they could all come together and do music again. At the end of the day they are all great men.


HHE: If you weren't in the music business then what would be your occupation?


HHE: And lastly, who is your top five dead or alive MC's of all time?


SQ: Scarface, Tupac, Jay-Z, Biggie, Andre 3000, and an honorable mention to Eminem. That’s not excluding the originators. It is like talking about basketball, Michael Jordan is the greatest, but you can't exclude those before him. I speak on these people as the people that I grew up with. When an artist now raps about the streets and the street life you can hear Scarface. If a person is talking about F**K the world you can hear Tupac. When a person can use imagery and tell stories with great word play you hear Biggie. Whenever a person has a new fresh style you can hear Jay-Z, and Andre's creativity and flamboyance paired with his ability to rap over non-traditional hip-hop beats. Take Eminem with his flow and being the only White emcee to reach that level of success. I just hope to be mentioned among those emcees and to hang next to them in the rafters one day.
Posted by Hip-Hop Examiner at 10:28 PM