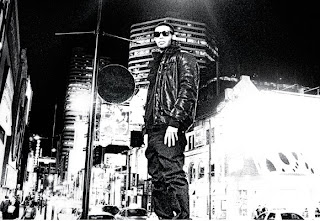 Some of you have probably heard about this phenom, but for those of you that haven't here is a tidbit of information for you.

While perusing through magazines and articles about 2009’s next big thing for Hip-Hop, I couldn't help but notice not one of them mentioned Aubrey Drake Graham. That’s Drake for all the Hip-Hop heads and "Wheelchair" Jimmy Brooks for those “Degrassi: The Next Generation” enthusiasts. Drake has been blazing stages and jet setting with Lil Wayne. Drake has dropped three incredible mixtapes, improving with each one. First to touch down was “Room For Improvement” with DJ Smallz, followed by “Comeback Season,” and most recently, the noteworthy “So Far Gone.” These promotional mixtapes play more like albums than the run of the mill mixtape. This leaves us hungry for October's Very Own Interscope Records, debut “Thank Me Later” What songs and features are in store for this much anticipated release? Drake has worked with the likes of Robin Thicke, Lil Wayne, Trey Songz, Colin Munroe, Peter Bjorn and John, as well as Bun B on his mixtapes.

This young MC hails from Toronto, Ontario, Canada with links to Memphis, Tennessee via his father, the talented Dennis Graham, drummer to Jerry Lee Lewis. Believe or not, his musical roots don't stop there; he is also the nephew of Mabon "Teenie" Hodges, guitarist and songwriter to the great Al Green. Along with his tremendous lyrical ability, the youngster may have a future in Memphis Blues as he showcases his vocal abilities on “Brand New,” “I Want This Forever”, and “I’m Still Fly.” “Heartbreak” Drake should be entertaining crowds for years. Just listen and check out his diversity. Jimmie Iovine was quoted saying, “You remind me of Eminem because I’m an old white dude but I can still understand [what] you're saying and it’s so clever and I laugh and I chuckle to myself when I understand your punch lines...'”
Posted by Hip-Hop Examiner at 1:23 PM